The Islamabad High Court (IHC) on Wednesday disposed of a petition filed by journalist Imran Riaz Khan against his arrest, ruling the case did not fall within its jurisdiction and advised the petitioner to approach the Lahore High Court (LHC).

Khan was arrested by the Attock police Tuesday night on the outskirts of Islamabad as he was headed to the federal capital to acquire pre-arrest bail from the IHC in a treason case registered against him.

Sources in the police department told Dawn that a contingent of the Attock police supported by a team of the Elite Force took the journalist into custody and moved him to the Attock City Police Station.

They said a case was registered against the journalist at the city police station on June 25 under sections 505-1(C) (statements conducing to public mischief with intent to incite, or which is likely to incite, any class or community of persons to commit any offence against any other class or community), 505 (2) (whoever makes, publishes or circulates any statement or report containing rumour or alarming news with intent to create or promote feelings of enmity, hatred or ill-will between different religious, racial, language or regional groups or castes or communities), 501 (printing or engraving matter known to be defamatory), and 109 (punishment of abetment if the Act abetted committed In consequence and where no express provision is made for its punishment) of the Pakistan Penal Code and six different sections of the Prevention Of Electronic Crimes Act (PECA) 2016.

Later, the journalist also shared a video of himself at the time of the arrest wherein he could be seen sitting in his car surrounded by police officials. “You have taken my [bulletproof] car and weapons, registered 20 FIRs against me, now you want to arrest me as well, go ahead and arrest me,” he said defiantly as he got out of the car to surrender.

Immediately after the incident was reported, a contempt petition was filed by Khan’s legal team in the IHC naming the police chiefs of Islamabad and Punjab as respondents. Taking late-night action, Justice Athar Minallah had issued notices to the Islamabad police chief and chief commissioner and told them to appear before the high court.

During the hearing today, Khan’s counsel contended that his client was arrested from the Islamabad Toll Plaza. “In the LHC, the police had given us a report which said 17 cases were registered against Riaz.

“I have separately also filed a contempt petition in the LHC,” he said. “But the court was never told about the FIR booked last night.”

Here, Justice Minallah remarked that every court had its own jurisdiction and the LHC could look into this matter. “The arrest of Imran Riaz Khan in Attock does not fall under the jurisdiction of this court,” he said, continuing that the IHC couldn’t investigate issues pertaining to Punjab.

The journalist’s counsel, however, argued that the court’s orders, barring any arrests, had been violated. He also stated that the Islamabad police, not Punjab’s, had arrested Khan.

“The court had talked about arrests in Islamabad. Khan was arrested outside the court’s jurisdiction,” the IHC chief justice reiterated, adding that if the LHC ruled that the arrests were made in Islamabad, “you can bring the order here”.

The court, subsequently, disposed of the petition and instructed the journalist to approach the LHC as it would be in his “best interest”.

In a recent video on his Youtube channel, the journalist had directly addressed Chief of Army Staff General Qamar Javed Bajwa and alleged that he was threatened after asking questions from military sources about the country’s current political and economic situation.

Over the past few months, several cases have been lodged against pro-PTI senior journalists including Khan, Arshad Sharif and Sabir Shakir for allegedly spreading hate against army and state institutions.

In May, Khan had filed two petitions with the LHC through his lawyer Mian Ali Ashfaq and obtained pre-arrest bails.

‘Rise of fascism’
Addressing a press conference later in the day, PTI leader Fawad Chaudhry said the “kidnapping” of the journalist and Sindh Opposition Leader Haleem Adil Sheikh pointed towards a “rise of fascism” in the country.

“As Imran Khan said before, this has never before been witnessed, even during martial law,” he said while talking to the media in Islamabad alongside Shireen Mazari. He also questioned the role of the Rangers in these incidents, calling on them to “work according to the law”.

He went on to say that the current impression being given was that police were mere “puppets”, adding: “I think the Rangers owe us an explanation.”

Chaudhry said that pictures that had surfaced after Khan’s arrest suggested he had been subjected to violence, which he termed “unacceptable”. He urged the nation to join the PTI and come out on the streets against these “fascist moves”.

Meanwhile, Mazari said that Pakistan had “become a fascist country after the regime change operation”. She said that the party had the utmost respect for the country’s institutions but the people had a right to ask questions.

She called upon the media to stand up against such incidents, saying: “Tomorrow, it could be one of you.” 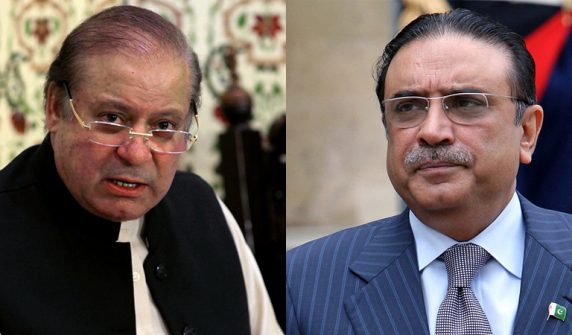 Analysis: Tales of the ‘leaked’ tapes 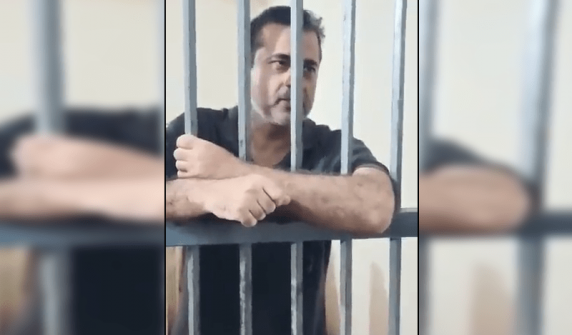 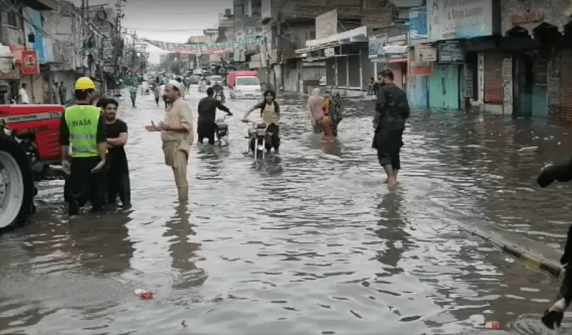